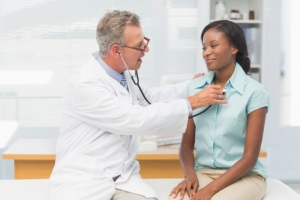 When we visit a doctor because we are ill, are feeling pain or because of an injury that requires immediate treatment, we operate under the assumption that the doctor has the education and the qualifications to give us the help that we need. Did you realize that your doctor also makes assumptions about you from the moment she or he walks into the exam room to treat you? Some doctors have an implicit bias against people of color, which has an impact on the way they treat their patients. These doctors would likely not admit on a conscious level that they are prejudiced against people of color, however, researchers at the University of Virginia conducted a study that raises some alarming results about racial bias, ignorance about biological differences and how those biases impact pain treatment.

The University of Virginia study looked at the beliefs that some doctors hold with regard to racial bias on the issue of pain management, which already has well-documented racial disparities. This researchers in this study wanted to specifically identify the substantial number of white medical students, residents and lay people who held beliefs that were completely false about biological differences between black people and white people, and they wanted to demonstrate how those false beliefs predict how patients are treated and the accuracy of treatment recommendations. This study also offers the first evidence that racial bias about how different people perceive pain is associated with pain treatment recommendations.

The UVA study, which was published in the Proceedings of the National Academy of Sciences (PNAS), asked white medical students and residents a series of outlandish questions and the following percentage of the 22 respondents said yes:

In a Washington Post story about the UVA study, the lead researcher, Kelly Hoffman, who is a doctoral candidate in psychology, expressed surprise that so many people with medical training endorsed the more outlandish, false beliefs about the differences between the biology of black people and white people.

After answering the study questions, the doctors were given an additional test, which included two patients who were experiencing pain. One was white, and one was black. The students and the physicians were asked to rate their estimation of each patient’s pain and then make treatment recommendations. The researchers found that the doctors who had previously endorsed more of the false beliefs were not as accurate when it came to recommending treatments for the case study patients.

There have been other studies which have concluded that a patient’s race and socio-economic status had a measurable effect on the type of treatment they received. One example is that Harvard Medical School researchers published a study in the Journal of General Internal Medicine, which revealed that black patients are less likely than whites to receive effective treatment for heart disease.

Doctors take an oath to do no harm, and most of these doctors probably do not think that they have an implicit bias against people of color. When it comes to providing health care, the medical profession owes a duty to the public, to make sure that doctors and all medical professionals are properly trained so that their unconscious biases do not end up causing harm because they neglected to offer the best care available according to the current acceptable standard of care in their specialty and region.