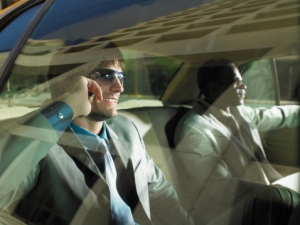 Uber is having a pretty tough time battling lawsuits on the West Coast. Two lawsuits are aimed at Uber for the way they treat their clients as well as their drivers.

The initial suit against Uber was originally filed in 2014, in both the cities of Los Anglos and San Francisco CA. The suit was brought by San Francisco District Attorney George Gascón and Los Angeles District Attorney Jackie Lacey. Uber was misleading customers with their slogans targeting potential riders calling its service the “safest ride on the road” or calling its background checks “the gold standard.” Moreover, the prosecutors claimed that Uber’s process for background verification did not use fingerprint checks to verify older convictions. The service merely relied on searching the driver’s name in criminal databases and files of motor vehicle departments for the last seven years.

Uber has agreed to a $25 million settlement to end a lawsuit in California that accused the ride-hailing company of misleading customers about the strength of its background checks on drivers. Reuters reports, “Uber must pay $10 million within 60 days, and the remaining $15 million would be waived if Uber complies with the terms of the agreement for two years, the San Francisco and Los Angeles County district attorneys said in statements.” The millions will be split between the two cities as restitution for its misleading practices. As San Francisco D.A. George Gascón says, “It sends a clear message to all businesses, and to startups in particular, that in the quest to quickly obtain market share, laws designed to protect consumers cannot be ignored. If a business acts like it is above the law, it will pay a heavy price.”

A second lawsuit is scheduled to be brought to trial on June 20, 2016 where Uber employees are not happy about the way they are being treated. The California Labor Commission ruled that an “Uber driver was indeed an employee, not an independent contractor, and ordered Uber to reimburse the driver for her expenses. However, Uber has appealed the decision, which will be reviewed de novo in court, and so the driver who won the case has not yet received reimbursement and will have to await the outcome of court proceedings,” according to attorney Shannon Liss-Riordan. She goes on to write that “Uber has been arguing that drivers are independent contractors, and not employees, because they can set their own hours, and Uber makes much of the fact that drivers like setting their own schedules.” Uber drivers are happy with their hours just tired of not getting a tip for driving and having to pay for all of the drivers’ expenses including “gas, car maintenance, air port tolls and phone bills”

“People get lured into working for Uber” by talk of making gobs of money as their own boss, she observes. But many don’t realize how much their own expenses cut into their profits until they’ve already signed up.”

Before you think you are your own boss by driving with Uber, guess again. You make your own hours, but you are essentially making someone else rich while losing money on driving expenses. This lawsuit is limited to Uber drivers in California.