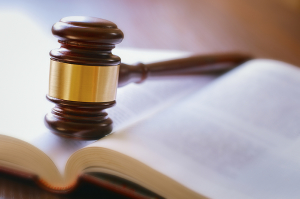 The U.S. Supreme Court ruled in two cases that the deadline for filing lawsuits against the federal government can be extended in cases where the plaintiff did their best to comply with the rules. Justice Elena Kagen wrote: “The time limits in the FTCA are just time limits, nothing more.” This ruling gives judges the discretion to extend the deadlines.

So, what happens if you slip and fall and injure yourself on government property? What if a federal agent crashes into your car while chasing down a suspect? What if a military doctor makes a mistake while treating you? If any of these things happened on private property you could simply file a claim against the property owner. However, when the property owner happens to be the U.S.A., all of a sudden you are staring down the barrel of the long, complicated process involved in suing the federal government.

The complex process of suing the federal government

To begin with, you must first find out if your claim is going to be permitted by the Federal Tort Claims Act (FTCA). Under the doctrine of “sovereign immunity,” the general rule is that the people are not allowed to sue the government unless the government allows them to do so.

As you might expect, there are a lot of complicated restrictions about who is eligible to bring an action under the FCTA. There are also several steps you must go through in order to find out if your claim will qualify. There has also been a strict, two year statute of limitations for filing a claim. That is two years from the time the plaintiff learns about the existence and cause of the injury. However, this week’s Supreme Court ruling has relaxed that hard and fast two-year deadline and allowed for equitable tolling, which means that the statute of limitations will not bar a claim if the plaintiff did not discover the injury until after the limitations expired. In this case, the Justices said that if the plaintiffs had tried their best to comply or if they simply failed to learn about important information before the deadline.