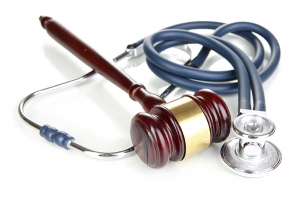 “Medical malpractice premiums have increased beyond the ability for doctors to afford them, which has resulted in higher health care costs and doctors relocating to areas with cheaper coverage. The high number of ‘frivolous’ lawsuits have caused liability payments to soar, which in turn drives up the cost of healthcare….”

The previous statement, according to Alan H. Figman, in The Fallacies of Medical Malpractice “Tort Reform,” is the myth of tort reform in a nutshell. However, the skyrocketing number of deaths caused by medical errors seems to belie that pervasive myth. According to a Harvard School of Public Health study that examined more than 1,400 closed medical negligence claims, 97 percent were meritorious. In their study, 80 percent of the cases involved death or serious injury.

At a Senate hearing of the Subcommittee on Primary Health and Aging that was held in July of 2014, experts testified and shared their ideas about how to solve the crisis of more than 440,000 people dying each year due to preventable medical errors. Death due to preventable medical errors is now the third leading cause of death in the U.S. behind heart disease and cancer. Additionally there are 10,000 serious complication cases from medical errors that take place every day in this country.

When hospitals focus on improving patient safety, they can make a huge difference. In February 2011, the American Journal of Obstetrics and Gynecology reported on a program that took place at New York Presbyterian Hospital in 2001. The hospital decided to implement a safety program in the obstetrics department. By incorporating systemic changes such as interdisciplinary team training, emergency drills, employing a full-time laborist, implementing electronic medical records and charting and clarifying the chain of command. The result was their annual obstetric-related malpractice claims payments went down 99%, or by $25 million per year.

The American public has bought into the myth of frivolous malpractice lawsuits that threaten to bring down the medical establishment when it’s just not true. At Paulson & Nace, we are dedicated to helping our clients in and around Washington, D.C. and West Virginia obtain the information they need to make informed decisions about their future. Please contact us to learn more.