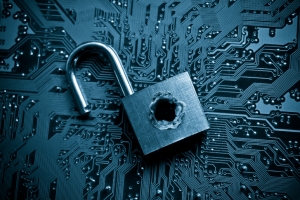 Among the more than 21 million current and former federal employees whose personal information was compromised during two recent data breaches at the U.S. Office of Personnel Management, were federal judges and employees of the judiciary.

In an article in the National Law Journal, Zoe Tillman writes about how judges and judiciary employees have been receiving letters from OPM to inform them that their data was among the millions of records compromised in the breaches. This has plunged the federal judiciary into crisis mode, forcing them to figure out how to respond.

There were two significant, separate-but-related data breaches that have had an impact on past and current federal employees and their families, contractors and anyone who has applied for a government security clearance since 2000.

In the NLJ article, Tillman notes the fact that judicial security is a sensitive issue for the courts, and that Congress has adopted special protections to protect the personal information of judges, who have been urged to alert the U.S. Marshals Service if their information has been compromised in the breach.

OPM’s response to the data breaches

In a June 23, 2015, OPM released a statement that included the following:

“Protecting the integrity of the information OPM maintains is the agency’s highest priority. OPM continually evaluates our IT security protocols to make sure that sensitive data is protected to the greatest extent possible, across all networks. Because cybercrime is an evolving and pervasive threat, we are continuously working to identify and mitigate threats when they occur.”

In their statement, OPM gives information about how federal employees can manage their identity and financial information. They also shared tips on how to avoid becoming a victim of fraud while doing online transactions. Some of these tips include:

Those federal employees whose PII was compromised as a result of the breach will be eligible for free credit monitoring and identity theft protection services for three years.