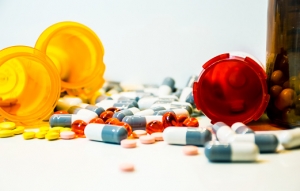 It seems like every other commercial on network television, online, in glossy magazines and even on public transportation is touting the benefits of some prescription drug. The American Medical Association (AMA) recently agreed on advocating a ban on direct-to-consumer advertising for prescription drugs because the marketing encourages patients to request specific drugs, medical devices and treatment options that they would not otherwise know about. The AMA believes that patient’s awareness of all of the prescription drugs that are available for their symptoms is resulting in doctors prescribing medications that are unnecessary and increasing the potential risk to patients. The AMA would like to end the aggressive marketing campaigns that encourage consumers to ask their doctor about a specific drug or device.

The United States and New Zealand are the only countries in the world that allow direct-to-consumer advertising of prescription drugs, and there has been a 30 percent increase in advertising dollars spent by drug makers in the last two years.

The new AMA policy is calling for launching an advocacy campaign to promote increased affordability for prescription drugs and demanding more choice and competition within the pharmaceutical industry. The AMA is also calling for more transparency in the drug prices and costs.

According to a 2014 BBC news article, many of the largest drug companies spend far more, and in some cases twice as much, on marketing a drug than they do on researching and developing the drugs. Johnson & Johnson, one of the drug companies highlighted in the BBC report, is said to have spent $8.2 billion on research and development last year, and $17.5 billion on marketing. Pfizer spent $6.6 billion on R&D while devoting $11.4 billion on marketing, and Eli Lily spent almost the same amount on R&D and marketing, at $5.5 billion and $5.7 billion respectively. Johnson & Johnson is facing countless lawsuits for one of its most popular drugs, the anticoagulant Xarelto, which has been aggressively marketed to the public yet is responsible for patients’ severe injuries or deaths from uncontrolled bleeding.

The AMA intends to monitor mergers and acquisitions within the pharmaceutical industry to see what impact they may have on drug pricing. They will encourage federal regulators to place limits on anti-competitive behavior by pharmaceutical companies in order to help protect patients and help both physicians and patients understand how drug companies set their prices, what they spend on research, development and marketing so that consumers will be informed and better equipped to make informed choices.