The Return of 30-hour Shifts for Doctors

The Return of 30-hour Shifts for Doctors 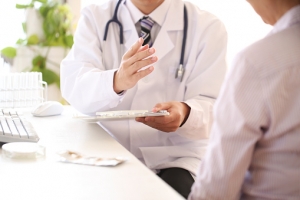 Do medical residents learn better when they work 16 hour shifts, hand-off their patients to another doctor and return to work after a good night’s sleep – or is it better for them to work 30 consecutive hours? A research study funded in part by the National Institutes of Health (NIH) is looking to answer that question. The Washington, D.C.-based consumer Public Citizen, and the American Medical Students Association (AMSA), have petitioned the government to put a stop to the study claiming that the long shifts create health risks for the student doctors and their patients.

The research study, which involves 6,000 internal medicine residents at 63 programs across the United States, is also examining how to cut down on the risks associated with handing patients off from one doctor to another while at the same time studying the performance of exhausted doctors. The study began in July of 2015 and is expected to conclude in 2019. In this study, 31 of the programs will retain the current 14-16 hour resident work schedules that include a limit of 24 consecutive hours of work, a day off every seven days, and a moratorium on working overnight more often than every three days. In the remaining 32 programs new doctors will be allowed to work as long as 30 consecutive hours or more.

The two advocacy groups have appealed to the U.S. Department of Health and Human Resources (DHHS) and the NIH, the Accreditation Council for Graduate Medical Education (ACGME) and the Office for Human Research Protections, according to a story in the Washington Post. They are protesting the 30-hour work schedules because the doctors do not have a choice about their schedule and the patients do not know that their doctor routinely works for 30 hours straight. Public Citizen said, “Substantial evidence shows that sleep deprivation due to excessively long work shifts increases the risk of motor vehicle accidents, needle-stick injuries and exposure to blood-borne pathogens and depression in medical residents. It also exposes their patients to an increased risk of medical errors, sometimes leading to patient injuries and deaths.”

While there have been studies in the past that found the length of resident’s work shifts did not have a significant effect on patient outcomes, Public Citizen and AMSA are concerned about the toll the heavy schedule will take on the doctors.

In 2011, physicians and resident’s work schedules were restricted to 16-hour minimums, but doctors say that the required hand-offs of patients from one doctor to another at the end of a shift makes patient care more complicated. Hospital administrators do not like shorter shifts because they must spend to hire more doctors.

In protesting the long work days for medical residents, the advocacy groups said that some of the health risks involved include more car accidents for residents after they leave work and increased rates of depression. It remains to be seen how the Accreditation Council for Graduate Medical Education will respond to the groups’ requests.