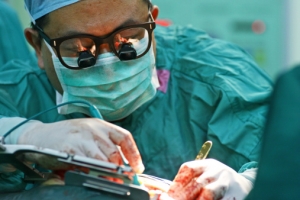 In a follow up in January 2016, CNN reported on how the investigation spurred discussion about the discussion about pediatric heart surgery, and how the quality of care is different at different hospitals. A follow-up was published in The Journal of the American Medical Association, where Dr. Sara Pasquali wrote about these widely varying mortality rates for different pediatric heart surgery programs. According to her findings, in the best programs one in ten babies will die after the surgery; and at other hospitals, four in ten will die. Dr. Pasquali argues for the regionalization of care for pediatric heart surgery programs in order to improve the quality of care and outcomes and reduce costs. This would mean actually shutting down poor performing programs that are costing children’s lives and creating much higher medical costs.

In a study that included 73 hospitals and 58,000 pediatric heart operations, researchers also found that mortality rates varied widely. In the CNN article, Dr. Jeffrey Jacobs, Chairman of the Society for Thoracic Surgeon’s National Database Workforce, claimed that “The quality of care is not the same at all hospitals that provide pediatric cardiac surgery.” He went on to say that he would like pediatric heart surgery programs to be more forthcoming about their death rates so that parents can know whether they are considering one of the successful or unsuccessful programs for their child’s heart surgery. The Centers for Medicare and Medicaid Services reports death rates for adult surgeries but won’t inform parents of which programs have high mortality rates and which ones have the best outcomes.

Performing complicated heart surgery on tiny hearts is difficult at best; however, as with any other skill, the more doctors’ practice the better their outcomes. The hospitals with poor outcomes tend to be the ones with the lower volume of surgeries, so the doctors do not seem to be getting much practice. St. Mary’s was a smaller pediatric heart surgery program with only one pediatric surgeon when the program was shut down. The Texas Children’s Hospital has six pediatric heart surgeons.

As you might suspect, it all comes down to the money. A complicated heart procedure can bring in more than $5 million, and hospitals that have the poorest performance rack up higher charges because the children tend to stay at the hospital for longer periods of time. Insurers understood this fact, so they began encouraging families to use the better hospitals with lower mortality rates. These “centers of excellence” hospitals have death rates that are 55 percent lower than other hospitals.

If parents were able to easily find out if the hospital they are considering for their infant’s heart surgery is a center of excellence or a smaller program with much higher mortality rates, the parents of those babies who died at St. Mary’s would have known to send their children elsewhere.