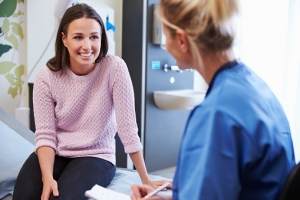 This is a reminder about how careful you must be when considering the results of medical studies even when they have been published by such highly esteemed publications as the New England Journal of Medicine. At the end of January 2016, the NEJM published a study: Prevalence and Characteristics of Physicians Prone to Malpractice Claims. The study, authored by Dr. David M. Studdert, Sc.D., of Stanford University, looked at data from the National Practitioner Data Bank to study the distribution of malpractice claims among physicians to see if they could identify the characteristics of physicians who are at a higher risk for medical malpractice claims.

The National Practitioner Databank (NPDB) is, according to the agency website, a federal information repository dedicated to improving health care quality, promoting patient safety and preventing fraud and abuse. The NPDB is part of the U.S. Department of Health & Human Services, and it contains information about medical malpractice payments and certain adverse actions related to health care practitioners. Only authorized organizations may access the reports, which are confidential and not available to the public.

The results of the NEJM study conclude that approximately one percent of all physicians accounted for 32 percent of paid medical malpractice claims. The study found that if a doctor has paid a claim, they were three times more likely to incur another claims. The study also took into consideration the fact that the risks among specialties is not equal. The example used was that the risk among neurosurgeons was four times as great as the risk among psychiatrists.

Dr. Steven J. Stack, president of the American Medical Association, said of the study, “Once again a study of medical liability claims has based unreliable conclusions on information obtained from the inherently flawed National Practitioner Data Bank” in an article published in Clinical Endocrinology News, which claimed that the poor methodology used in the study has marred the results.

The article in Clinical Endocrinology News takes issue with the credibility of the NPDB data, pointing to an investigation by the Government Accountability Office (GAO) that found NPDB reporting to be untimely, inaccurate or duplicated making it appear as if twice as many disciplinary actions had been taken. Another issue was that NPDB reports are mostly based on legal settlements that were never adjudicated, so negligence was not always proven.

The study did acknowledge that only 3 percent of medical malpractice lawsuits were paid through trial verdicts and that the remaining cases were settled out-of-court. Dr. Studdert of the NEJM study noted that just because a claim was paid does not mean that the case had merit, but that paid claims are more likely to involve substandard care. Studdert’s report also points out that underreporting to the NPDB is another important factor to consider when using the data.

Another organization, PIAA, which is a national trade organization that represents medical liability insurance companies, also took issue with the NEJM study. PIAA President and CEO Brian K. Atchinson said in a statement, “We know that certain specialties, such a neurosurgery, obstetrics and gynecology, and others, have been linked with a higher frequency of claims.”

Maybe what the New England Journal of Medicine study really shows is just how difficult it is to get an accurate assessment of the prevalence of medical malpractice lawsuits, and that the doctors who seem to get sued repeatedly have certain characteristics that are different from other physicians.