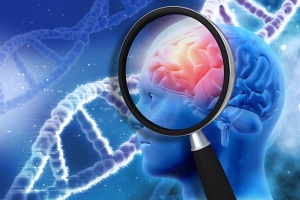 Researchers who have conducted autopsies made the discovery that suggests that Alzheimer’s disease may be transmitted during certain medical treatments. A story in the journal, Nature, reports on a series of autopsies performed in January 2016, on individuals who died of Creutzfeldt–Jakob disease (CJD), a disease with similar symptoms to Alzheimer’s but causes death in less than a year. The subjects of the autopsies had received surgical grafts to their brain that were taken from human cadavers. Researchers found that the grafts contained prion proteins, which caused the CJD.

The study, also published in Nature, looked at seven people who died after having received the brain grafts. Five of those individuals’ brains contained much more of the amyloid-β protein than would normally be found in the brains of people of that age group (28-63 years old). Research has shown that these plaques could be a trigger for Alzheimer’s disease. The control group of 21 subjects who died of CJD, and who had not received brain grafts, did not show the amyloid signature in their brains.

Alzheimer’s disease is the most common form of dementia that presents as mild memory loss and progresses to the point where the person is no longer able to hold a conversation or respond to the environment. Alzheimer’s affects the parts of the brain that control thought, memory and language according to the CDC. In 2013 there were approximately 5 million Americans living with Alzheimer’s disease, and by 2050, that number is expected to increase to 14 million people. Age and family history are the best known risk factors for Alzheimer’s. There is no known cure for the disease, but the symptoms can be managed and the progress of the disease can be slowed down in some cases.

Why we do not need to worry (yet)

While the researchers pose the theory that Alzheimer’s disease can be transmittable, they are not suggesting, nor has there been evidence discovered, that the disease can be transmitted through regular human contact. In the study, the disease was transferred from the brain of the cadaver to the brain of a patient during a medical procedure. The use of brain grafts taken from cadavers for use in living human beings is no longer practiced. However, this does not mean that a scenario involving a living donor and transplant recipient may not find themselves in this kind of position down the line.

This is all just scientific theory at this point. Scientists are working diligently to uncover the causes of Alzheimer’s disease as that may reveal a cure or at least an effective treatment for the disease that robs people of their memories and their ability to have meaningful interactions with the people they love and the world around them.